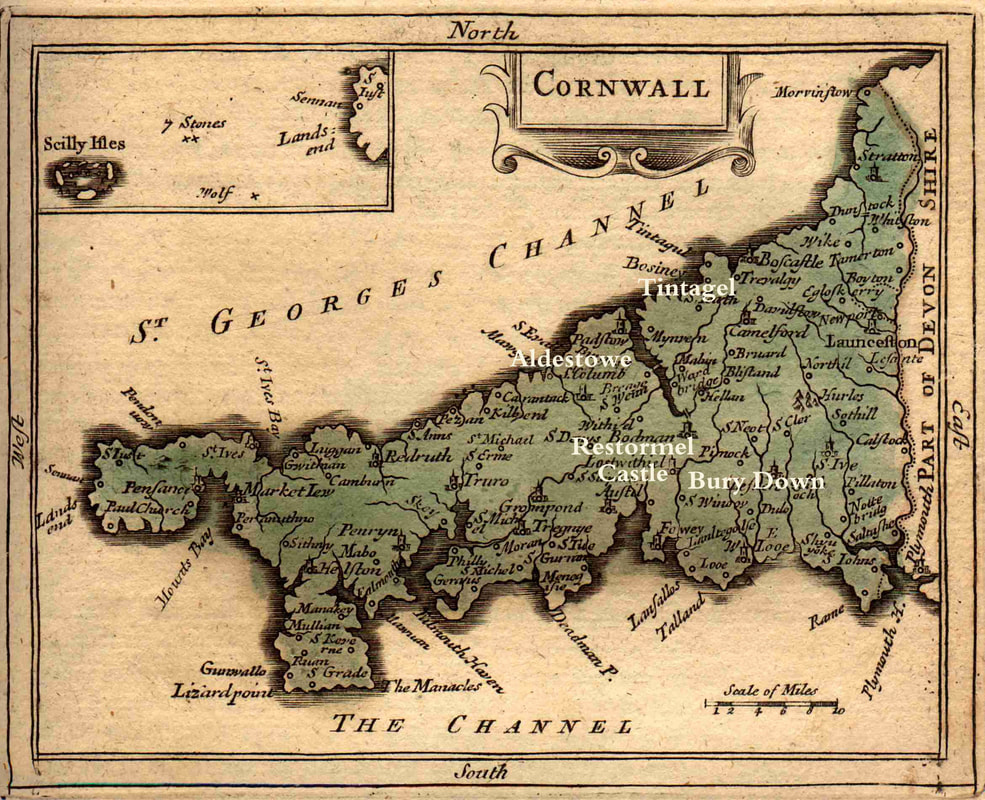 ​Aldestowe (Aldˊ-stow)
Medieval name for the village of Padstow
Located west of Tintagel on the west bank of the estuary of the River Camel.
Home village of Adaem, Beatrix, Arjen, and Aleydis

Bury Down
Neolithic hillfort located outside the village of Liskeard
Bury is derived from "burh," which means "a fortified place."
Down or "don" means "dun" or "hill"

River Fowey (Foy)
Origin: Bodmin Moor on the slopes of Brown Willy (The Hill of Swallows),
Cornwall's highest tor. Flows south to the sea, its estuary at the harbor town of
Fowey.